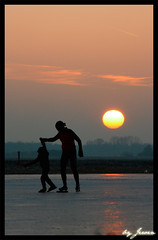 So I get to squirm into this awareness: It is okay to celebrate those times that people in God’s world affirm us.

How have you been affirmed, not criticized? Let me know.

One of my critics of how I “ought” to be was my dad, a survivor of World War II trauma in the Dutch East Indies (now Indonesia). He had no sense of childhood or childhood’s  innocence from age 12 to 15. My mother had the same disruption, in The Netherlands (Holland) from age 9 to 14.

Then I visited Holland and my dad’s youngest sister, my Tante (Aunt) Mechtelien showed me a letter he had written in the 1930’s from Indonesia to The Netherlands,. This was just before Nazi invasion shut down all mail and safety.

In early 1942 the Japanese invaded Indonesia, and my dad’s life (along with his family) was never the same again. The “critic” in Dad’s life, his father, died in the Japanese concentration camps, which he, his mother, brother rand sister barely survived.

The letter was to his paternal grandparents. Every line said something like,

Oh, I realized,  this is how my dad’s  grandparents raised his father, how his father raised him, and now how Dad raised us.

So my dad‘s internal critic was alive and well, so is mine up to today. Voice Dialogue therapy is one of our great helps for “getting” and silencing our inner critics. Basically it boils down to a quick, “Thank you for sharing.” The Critic is trying really hard s/he truly believes that relentless criticism will produce a perfect human. A quick thank you for sharing can silence the Critic so we can get on with the matter of how does God see us?….not with condemnation, with love.

In twelve step meetings I have heard great advice for the negative voices inside, often called “the committee,” and as “waking up in the morning before I do.” The greatest  solution suggested in this meetings for a critic or committee-of-critics?  Push them into your closet each morning, close the door, pray, get on with your day.

Sidra and Hal Stone, Ph.D.’s, invented the concept of internal Voice Dialogue for us psychotherapists. The Critic’s voicein our internal work is a crucial awareness for inner healing.

How have you been affirmed? How do you silence your internal critic? Let me know.