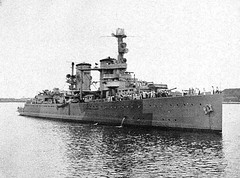 I have moved into Peet’s coffee, whilst preparing my novel Shadows for professional editing. I believe ABDACOM* would applaud my take-over. My Dutch-American friends, Dutch-Canadian friends, U.S. friends would also all applaud my being here at Peet’s. My Japanese friends today, who include both Japanese-Americans interned in camps in the U.S. and veterans who served the U.S. in WWII (who never had anything to do with defeating ABDACOM, nor the formation of Japanese Concentration Camps and POW camps in the Pacific) would also celebrate this take over. You see, this is where I “work” with the least distraction, and I have goals to reach.

My goals include, like many children and grandchildren of the Greatest Generation, to find meaning all these generations later.

So what is ABDACOM*? ABDACOM is synonymous with a determined 1942 WWII effort to pull together and fight for liberty and safety in the Pacific, when it was already too late.

In 1941  *ABDACOM stood for  “American, British, Dutch and Australian Command”  ABDACOM came together on December 28, 1941. On Februrary 25, 1942. ABDACOM dissolved, after the loss of the Dutch East Indies (and the battle of the Java Sea).

Hastily formed after Pearl Harbor, December 7, 1941, ABDACOM could neither rally to organize/unite fully under one command, equip fully, or fight off the Japanese. Heroic attempts to fight were made in spite of coping with usually antique, WWI era weapons, ships and planes. After the loss of  Singapore, Nederlands-Indië (Indonesia, then Dutch East Indies),the Phillipines (de Filippijnen) Chinese and Asian countries had essentially fallen to the Japanese.

The irony of our world between wars, is how we cannot be fully prepared  for the next wave of danger. The Japanese in WWII were fully prepared, with modern weapons, ships and planes, because they had the plans that the rest of the world was not yet ready to believe.  I have worked with, and served people with trauma for much of my life as a psychotherapist, and often the first hurdle, is believing that danger, evil and trauma does come, and rallying others to believe as well.

Japan’s determination to conquer and ABDACOM’s inability to succeed, led to three and a half years of suffering, with an extremely high death toll in Chinese and Asian countries. Over 24 million civilians**  and military lost their lives. This number does NOT include the high number of Allied soldiers who died in Japanese POW camps, labor camps, mines and aboard “hell ships” used for transport to the camps.

Where in your life have you moved in your whole self to reach goals? Where do you recognize the losses which could not be prevented, and the eventual survival of your human spirit. Tell me.

I have been victimized.
I was in a fight that was
not a fair fight.
I did not ask for the fight. I lost.
There is no shame in losing such
Fights, only in winning.
I have reached the stage of
Survivor and am no longer a
slave of victim status.
I look back with sadness
rather than hate.
I look forward with hope
rather than despair.
I may never forget, but I need not
constantly remember.
I was a victim.
I am a survivor.

**(source Wikipedia, with footnotes for extra sources within this link. This author added together  a conservative estimate of all deaths listed in Chinese, Asian, and island countries)